Foreign 3 is the first Hip Hop & Rap Music Release feature from our Newest Hip Hop Featured Artist, SoSick Antigua. The album was released on January 15th 2021. Though residing in USA this Recording Artist hails from the beautiful Caribbean Island of Wadadli and is mostly known for his mixtape series, entitled "Foreign." The Mixtape Music Release which gave the world a glimpse at the artist's potential. This latest musical compilation consists of a collaboration between the Artist and Producer's/Engineer's of Island Trap Records.  Take a quick listen to the artist's latest body of work via the music player below. 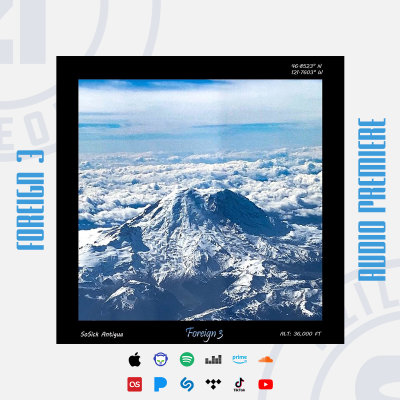 Foreign 3 is the latest January 2021 Hip-hop/Rap Release from our Newest Featured Artist Sosick Antigua. The title was released on January 15th 2021.